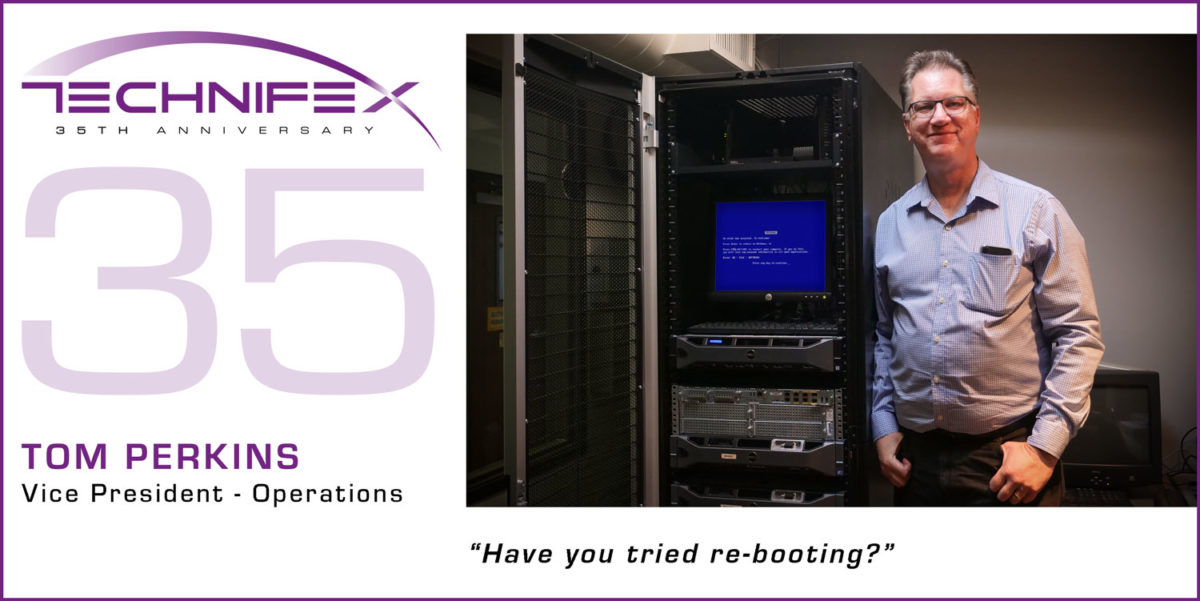 Celebrating 35 Years!  Meet Tom Perkins – Vice President of Operations, Tom has spent nearly his entire career at Technifex, rising up the ranks from freelance Project Manager to Senior Project Manager and just recently to Vice President of Operations.  Technifex takes pride in designing, engineering, and fabricating effects and attractions around the world, many of which are still in use decades after installation. As a history buff, Tom was fortunate to manage several historically significant projects during his 25 year tenure at Technifex including the Apollo/Saturn V Center at Kennedy Space Center and the Abraham Lincoln Presidential Library and Museum, both for Technifex’s client BRC Imagination Arts.  As an avid movie-goer, Tom was instrumental in project managing his favorite attractions including “Revenge of the Mummy” and “The Walking Dead” experiences for Universal Studios.  Tom supervises a team of 7 department managers andsupport staff, while personally implementing IT services and overseeing the accounting department for the company. Tom is indeed a very versatile team player. #TeamTechnifex