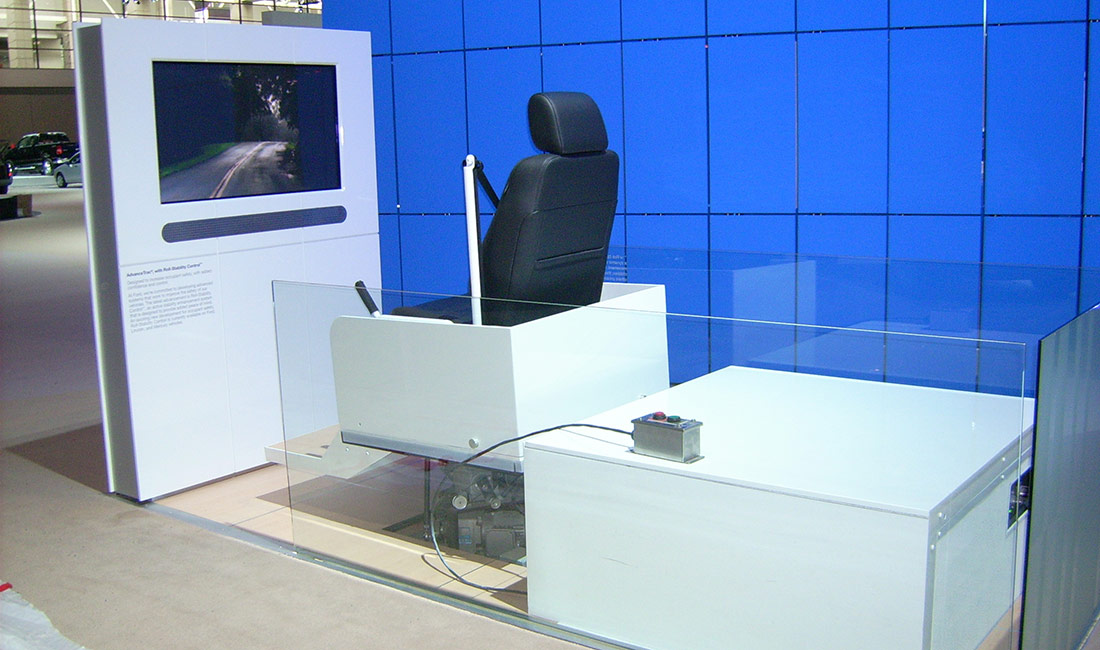 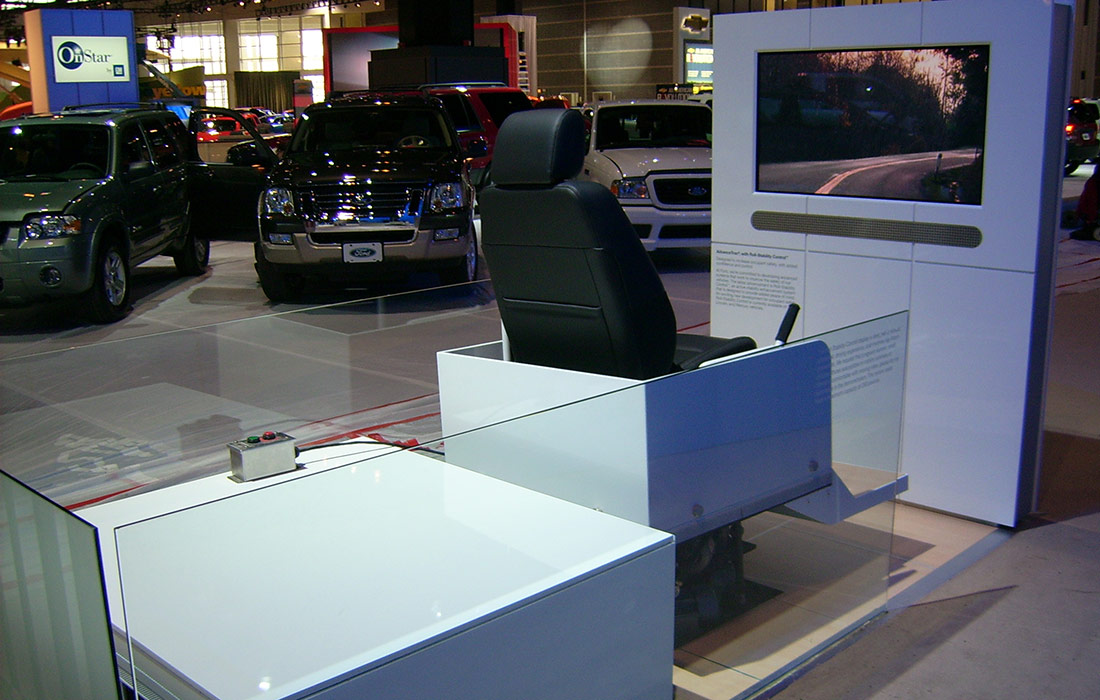 Technifex was approached by the Imagination Group to create two electric, 6-DOF motion simulators for the Ford and Lincoln booths, for use at the New York and Detroit Auto Shows. The simulators demonstrated the motor companies AdvanceTrac® roll stability control system.

Technifex engineered and manufactured the motion bases, as well as provided the motion control system and programming for the displays. These units were used at auto shows for many successful years by the Ford Motor Co.